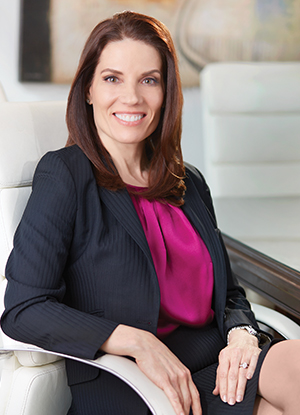 After graduation, Ms. Goetz counseled indigent clients in family law matters when she served as a staff attorney at Brevard County Legal Aid in Brevard County, Florida. In 1999, she became a staff attorney for the State of Florida, Twentieth Judicial Circuit. As a staff attorney in Collier County, she assisted the Court Administrator and the judges of the circuit by providing research and recommendations on substantive and procedural issues in a myriad of areas, including but not limited to the review and resolution of county to circuit appeals and of extraordinary writs. In 2003, Ms. Goetz joined the law firm of Asbell & Ho, P.A. as an associate attorney where she focused on the litigation and appeal of complex family law issues, leaving briefly to run a family owned aerial operation and to help form a very successful right of way maintenance company. After returning to the firm, she became a shareholder in 2006, and she served as managing shareholder of the firm from 2007 until 2010 when she left the firm to start her own practice, Nicole L. Goetz, P.L.

Ms. Goetz is currently a member of the American, Florida, and Collier County Bar Associations. She is actively involved in the Family Law Section of the Florida Bar and its efforts to improve the practice of family law. She is currently serving on the Family Law Section Executive Committee as Immediate Past Chair for the 2018-2019 Bar year. Prior to becoming a member of the Executive Committee of the Section, she served for a number of years as a member of the Section’s Executive Council. She has also served the Section in various capacities, including but not limited to as Chair of the Long-Range Planning, Finance and the Continuing Legal Education Committees, Co-Chair of and Special Advisor to the Equitable Distribution Committee, Vice-Chair and Secretary of the Ad Hoc Bylaws Committee and as a member of numerous other Committees. Ms. Goetz has received multiple awards from the Section for her work.

Ms. Goetz has been a frequent lecturer on family law. She has lectured for various organizations, including multiple sections of the Collier County Bar, the Lee County Bar Family Law Section, and she lectured in 2009, and again in 2011, in Tampa and Miami on Equitable Distribution at the Florida Bar’s Basic Family Law course.

In 2012, Ms. Goetz authored the chapter entitled, “The Changing Landscape of Florida Family Law and Alternative Dispute Resolution’s Role in Florida’s Family Law System” in Inside the Minds: Strategies for Family Law in Florida, 2012 ed.: Leading Lawyers on Working with Clients, Creating an Effective Strategy, and Handling Complex Cases. Inside the Minds is published by Aspatore Books, a Thomson Reuters business. Additionally, having assisted in drafting the 2008 legislative changes to Section 61.075 of the Florida Statutes, she also co-authored the December 2008 Florida Bar Journal article titled, “A Brave New Frontier: The Equitable Distribution 2008 Legislative Changes,” that discussed the impact of those changes.

Recognized in the legal community, Ms. Goetz was selected by Aspatore Books as the author of a recently released book, Divorce Proceedings in Florida: What You Need to Know (Quick Prep). This book provides a comprehensive overview of the divorce process in Florida and offers the perspective of an attorney who has been involved with virtually every aspect of a divorce proceeding. Divorce Proceedings in Florida is available for purchase on Amazon.com.

Finally, Ms. Goetz was selected as one of Florida’s Legal Elite for 2007, 2008, 2009, and 2010 by Florida Trend Magazine, and she was named a Super Lawyer Rising Star for 2010 and 2011 by Super Lawyer’s Magazine. She is also AV Preeminent® peer review rated by Martindale-Hubbell. 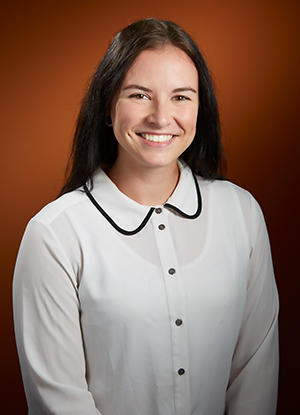 Melissa C. Harrison was born in Somerville, New Jersey. After living in various cities in the Northeast United States and Mexico, she moved to Naples in 2017. Ms. Harrison’s creative nature and desire for a higher education led her to the New School University in New York City where in 2011 she received a Bachelor of Arts degree in liberal arts. She specialized in politics and photography. She has worked in the hospitality industry, where she honed many of her business skills including office management, customer service and the ability to work in a fast-paced environment. Eventually, Ms. Harrison realized she wanted a career in the legal field where she could be more hands-on with helping people, which had always interested her. After moving to Florida, Ms. Harrison began her career in the legal field as a receptionist and legal assistant with Nicole L. Goetz, P.L. Ms. Harrison graduated in September 2018 with an Associate of Arts degree in Paralegal Studies from Keiser University.

Matthew J. Goetz was born and raised in New York and has resided in Florida for over 25 years.

He is a current law enforcement officer with over 20 years of experience, a significant portion of which has been in a supervisory role.  He has an extensive background in all aspects of law enforcement, including substantial administrative experience.

Nicole L. Goetz is pleased to announce that she has joined the area’s oldest and largest law firm, Henderson, Franklin, Starnes & Holt, P.A., and the firm, Nicole L. Goetz, P.L. is now closed. Ms. Goetz and her paralegal, Melissa Harrison, have joined Henderson Franklin’s Naples office and are excited to continue assisting clients with their family law and appellate matters.